The European School Luxembourg, founded in 1956 and the oldest of all European Schools, took part in PISA* in 2006. The School surpassed the score attained by the leading participant countries (Taiwan, Korea, Finland). According to the OECD** the European Schools are up to two years ahead of the German state school system in terms of knowledge transfer. Pupils at the European Schools enjoy a multilingual education as lessons are held in a range of languages. 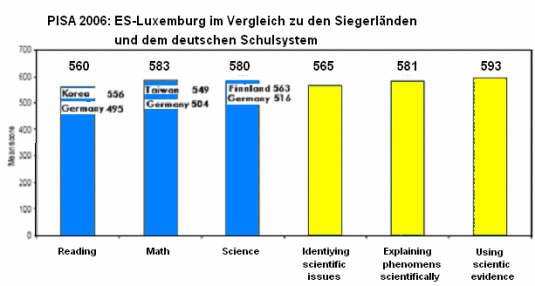